3 Tips for using Rock Music to Enrich Your Curriculum

Music has a way of healing and bringing people together. If you are struggling with these uncertain times, look to music to help break the ice with your students and teach them a little history that they will enjoy and remember. Our course, Rock History offers a fun way for teachers to connect with students, integrate music with core subject areas and appreciate the many contributions of rock music.

Integrating any type of music into the curriculum has proven to be incredibly beneficial. We compiled 3 quick ways you can use rock music to enrich your curriculum right away. It is a short list because we know you are busy!

Encouraging students to participate in classroom discussions can be daunting. It can be even more difficult when controversial topics need to be explored. Racial injustice, women’s rights, war, protests, demonstrations, civil unrest and political turmoil are at the forefront of classroom discussions today, just as they were in the 60’s. Music from the 60’s era tells the stories of the American people and their struggle to make this country more equal and just. Rock music is diverse and somewhat radical but also inviting and has the ability to connect with young students. Use clips from songs to open discussions on difficult topics and get your students talking to each other so change really does come.

2. Use rock music to teach history.

Not only does rock music have a distinct and colorful history that aligns with major events, but it will also help your students remember what you are teaching them (AND, you’ll be the coolest teacher in the building!). You can connect pre-rock to early European classical music and create a musical timeline for each decade. Our Rock History course has actually done the work for you by explaining the musical contributions and development of the genre through specific historical events. Early rockers like Mozart and Beethoven set the stage for controversy while the American Revolution and slavery contributed to the sound. Integrating music into history will help your students increase memory skills by associating major historical events with the music of the time.

“Let us take a united stand against the ragtime evil as we would against bad literature and horrors of war or intemperance and other socially destructive evils. Avant with ragtime rot! Let us purge America and the divine art of music from this polluting nuisance.” -Anonymous

Despite the critical reviews (or because of them), ragtime became extremely popular with both races. This love for music was a common ground for the two races.

3. Use rock music to increase language arts skills and bring awareness to inequality.

The very first destructive force in ushering in Rock, was not Elvis, but a tough and humble girl from Virginia. Ruth Brown was one of the most successful Rhythm & Blues artists during this time, producing a bunch of hit songs popular with both white and black audiences. Her ten-year stint with Atlantic records made her a famous star, but no money. The record label charged her for studio recording time that cost about equal what she earned from record sales. In the early 60s, Atlantic Records released her and she went from selling out major concert halls, to working odd jobs to make ends meet. 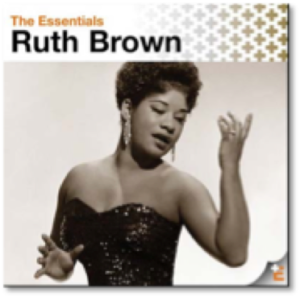 In 1975, Redd Foxx convinced her to move to Los Angeles to star in the musical Selma. Before long, Ruth Brown was selling out performances in LA and Broadway. In 1989 she won a Tony Award for the Musical Black and Blue and a Grammy for her album, Blues on Broadway. She used her new status to wage a successful war on the unfair wage practices in the music industry. Money from her settlement was used to create the Rhythm and Blues Foundation, a non-profit company with a sole purpose of supporting emerging musicians. In 1993, she was inducted into the Rock and Roll Hall of Fame. This brilliant and talented woman deeply influenced the Rock music we listen to today, forged a pathway for women, took down a corrupt and powerful industry and created an organization to support future rockers. By the time she passed away in 2006, she was able to see how her contributions shaped the music industry and played a critical role in creating a more adhesive culture.

Check out our Rock History course to learn more about the history of this influential genre and the talented artists who changed the world with their music.

Not teaching in PA but still looking for online professional development for teachers? Check your state requirements for more information.

Where teachers go to learn.